by C. Keith Laurie for the 7th Annual Conference of the BSTA, 1989

Molasses is the cheapest energy feed available in Barbados. Another advantage is that it has no fibre thereby allowing its use with fibrous plants, high in protein, to make up a balanced ration. Because of its attractive flavour it can be used as a carrier of unpalatable feedstuffs such as urea, poultry litter and other non protein sources of nitrogen.

Like so many soil amendment questions, there is a shortage of hard facts about the value of flyash, but there is considerable circumstantial evidence for its benefits.

Excerpt
In the early 1960’s, when ash arrestors became common and flyash was available by the truckload, some enterprising farmers spread it on fields which were felt to be substandard. Invariably good responses were observed.

In the past Barbados had an efficient export oriented thriving sugar industry using
the soil, rainfall, well adapted varieties and available labour with well tested
agronomic practices in the plantation system, coupled with well-run sugar
factories. However in the recent past sugar production declined and attempts to
produce energy through co-generation in the existing factories using fuel cane
along with sugarcane failed due to many factors. These factors include increased
production costs, poor management and inadequate testing of fuel cane. Recent
plans by the government to diversify sugar industry with huge $400 million
project seems to be going nowhere.

The suitability of sugarcane as a source for renewable energy is being successfully
exploited in Guadeloupe and in Mauritius in the traditional sugar factories with
the use of supplement fuel in certain months. In Brazil, in addition to using cane
juice to produce fuel ethanol, projects are being undertaken to use total sugar
cane biomass to produce energy. During the last few years considerable progress
has been made in the technologies like gasification to use biomass for power
generation in Europe and North America.

There is a considerable area of idle land once used for cane production now in
bush. Bringing this land into cultivation to produce biomass to generate energy
can bring considerable agro-industry activity to the economic benefit of the
country. Barbados still retains most of infrastructure and knowledge of cane
production. Current interest in Barbados to exploit renewable energy sources like
solar and wind can be supplemented with use of sugarcane as an additional
energy source. Barbados is fortunate to have cane breeding and variety testing
stations to develop an array of very productive sugar cane varieties to the
local conditions with various combinations of characteristics. Unless some action
is taken very soon, the current small acreage under cane production will shrink
further and even the infrastructure and knowledge will disappear. Before this
happens, it is highly desirable to explore the use of gasification or related
technologies to produce renewable energy using currently available high biomass
yielding cane varieties supplemented with related biomass crops.

This kind of project need to be managed by private sector with some support from
government.

by David West for the 7th Annual Conference of the BSTA

After many months of discussions during 1988 the sugar industry decided in favour of cane payment by quality, to be introduced over a four year period, 1989 – 1992

In the first year, 1989, it was proposed to evaluate a First Expressed Juice (FEJ) method of cane testing. This is the method used in Australia, and although it is considerably less expensive than most acknowledged alternatives, it is of unrivaled accuracy.

It should be noted that, should this procedure not have the confidence and full support of the growers after the 1989 experience, the procedure may be conveniently changed to one of direct cane analysis with either pre or post hoist sampling.

To satisfy the first phase of implementation the Cane Testing Pilot Project (CTPP) was introduced at Andrews factory for the 1989 crop. Every effort was made to have the cane testing operation functional as early in the crop period as possible, given the constraints of equipment importation.

M. F. Armstrong for the 7th annual conference of the BSTA 1989

The conditions under which the factories work today require a higher fibre % cane or rather fibre demand. The greatest constraint here being the rate of supply of cane. If a factory is crushing at a rate of 75% of its “Available Grinding Time” (A.G.T.) and during the remaining 25% of its “A.G.T.” it is stopped due to “low steam,” the factory will have a higher “fibre demand.” This is a concept which I know will be difficult to accept. The storage of cane will lead to frequent factory stops which will again increase the fibre demand. The importance of bagasse is increasing from year to year.

The research we see in journals and in proceedings from external organisations is often in response to situations affecting these groups and reflects their inter est. It is apparent that we will be forced to continue to use bagasse as a fuel and we cannot afford to lose the supplies which we store between crops.

Bagasse: Some insights into the cause of the deterioration on storage pdf

At the 4th Annual BSTA Conference, a graph was published (de Boer, 1986) based on work by Chase (1969-1981) which clearly indicated an optimum level of N application of somewhere between 115 and 140 lbs N per acre – less for plantcane, more for ratoons. This optimum level will vary with the cost of fertilizer, with receipts for cane sold and with the cost of harvest.

The Agronomy Research Unit (ARU) of Barbados Sugar Industry Ltd (BSIL) decided in 1983 to carry out some experiments to test the common perception among farmers that higher levels of fertilizer would be worth their while. It was also felt that maybe the figures produced by Chase were not directly applicable to current farming practice since his trials were carried out entirely by hand labour. It was considered possible that the cane would respond to higher levels of fertilizer under farming conditions where fertilizer is applied mechanically and the cane cut by combine harvester.

Excerpts from the conclusion

Not only did the cane in the trials reported on here not respond any better to extra fertilizer than in the MAFF trials by Chase (1969-1981), it did not respond at all to extra fertilizer – except in the presence of compost. The reason(s) for this need investigation and this paper indicates a number of possible lines of action.
….
In the meantime, farmers need to be advised that ap plying excess fertilizer is most likely to be a waste of scarce resources. The fact that the cane may look healthier and/or greener after heavy doses of fertilizer is no guarantee of extra yield. The data presented in this paper are accurate reflections of exactly what happens under commonly used farming practices and must therefore be taken seriously

In Barbados sugarcane is attacked by several pest species of varying economic importance. Of these the sugarcane moth-borer, Diatraea saccharalis (Fabri cius), the sugarcane root-borer, Diaprepes abbreviatus (Linnaeus), and the white grubs of the brown hardback, Clemora (=Phyllophaga) smithi (Arrow), are the most important (Alleyne, 1983; Alam and Gibbs, 1988). Currently, Diatraea is under effective biological control (Alleyne, 1983) but Diaprepes and Clemora are still problematic especially in the low rainfall areas after prolonged drought years (Alam and Gibbs, 1988). However some promising results have been achieved with an entomogenous nematode, Neoplectana (=Steinernema) glasseri, against both of these pests (Alam and Gibbs, 1988).

Susceptibility of sugarcane varieties to thrips in Barbados pdf

Presented at the Seventh Annual Conference of the BSTA, 1989

It seems to be generally agreed by the sugar industries in this hemisphere that the use of sugarcane and by-products for animal feed is the most generally promising diversification of all the various ideas tried. Some years ago, Barbados was in the forefront of this development but we did not apply much of it. Others have now overtaken us. A few examples:

For the 4th presentation in the ARVTU series we will move away from Ratoon stunting disease and talk about integrated cop management. Innovate has a suite of product which they recommend for a huge range of ecologically friendly remedies for a wide range of agricultural problems. 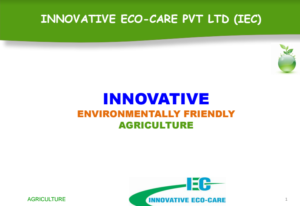 Hot water treatment is a tried and true method for controlling RSD used in many counties.  Outlined in the presentation are the plans to install sufficient capacity that all the planting material in Barbados will eventually be RSD free. 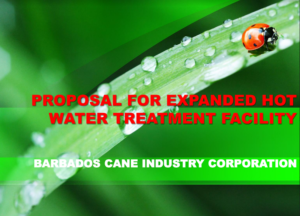